A celebration of the rich food culture of the ‘Fertile Rock of the Burren’ will be the focus of this year’s Burren Slow food Festival’ – an event that will see producers and chefs come together in a series of online pairings.

The series will be broadcast on Facebook from the 29th April to the 5th May at 7pm each evening and be hosted by Tina O’ Dwyer of The Tourism Space.

During the course of the week, viewers will have the opportunity to see the region’s spectacular landscapes, as the events will be hosted by different members of the Burren Ecotourism network in their own home venue.

Festival regular John McKenna of McKenna guides, will set the scene with a short introduction, which will be followed by lively discussions between producers and chefs, along with food tastings. Each event will be wrapped up with traditional Irish music performed by some of the Burren’s finest local musicians.

Geologist Eamon Doyle from the Burren and Cliffs of Moher UNESCO Global Geopark will also feature, providing an insight into the fertile landscape of the Burren which has long been known for its quality of beef and lamb, thanks to a unique and ancient system of farming.

Set up by Birgitta Curtin of the Burren Smokehouse over 15 years ago, the Burren Slow Food Festival is a platform to promote the best of the Burren’s produce, recognised as some of the finest in Ireland and internationally.

Birgitta Curtin, festival organiser said:  “This year we will showcase the rich flavour of the local produce, brought to life by the people who have nurtured and enriched the Burren; the food producers, farmers, distillers and chefs.

For the theme of this year’s festival she said she had drawn inspiration from the deep roots of food production in the area which dates back to the 12th century and the Cistercian Monks at ‘Corcomroe Abbey, Santa Maria de Petra Fertilis’ which translated means the Fertile Rock.

Ms Curtin added: “We feel particularly proud of the Burren Food story as is was very well depicted on the excellent documentary “The Burren, Heart of Stone” on RTE 1 this week.  The programme illustrates that the earliest farmers in Ireland can be traced back to the Burren”

Each of this year’s pairings had been chosen due to their strong connections, whether it is a 40 year working relationship like that between Gregans Castle Hotel and the Burren Smokehouse or a bond between Cheese producer Burren Gold and Caherconnell farm, who supplies the milk.

A 45 minute radio documentary programme on the event was broadcast on Clare FM on Sunday 25th April as part of the Atlantic Tales series, produced by Pat Flynn.

The event will be available on Facebook https://www.facebook.com/VisittheBurren from April 29th to 5th May and available on You Tube and on burren.ie after the event has taken place.

The event is sponsored by Calor Bio LPG. 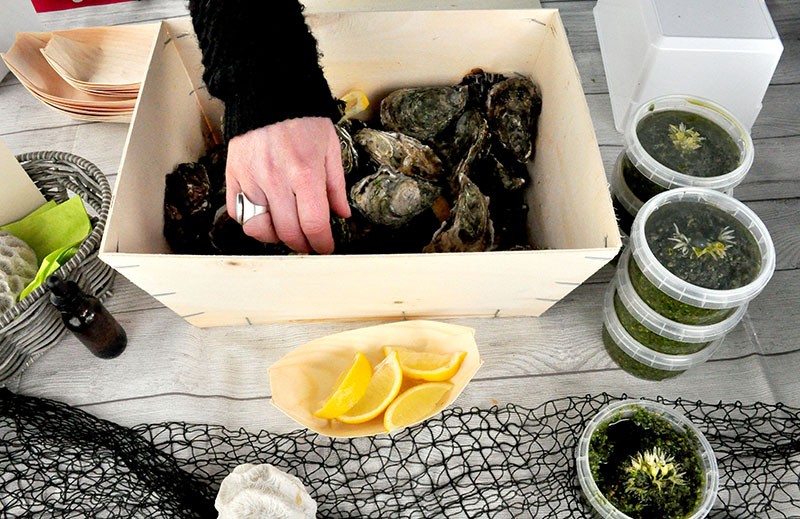