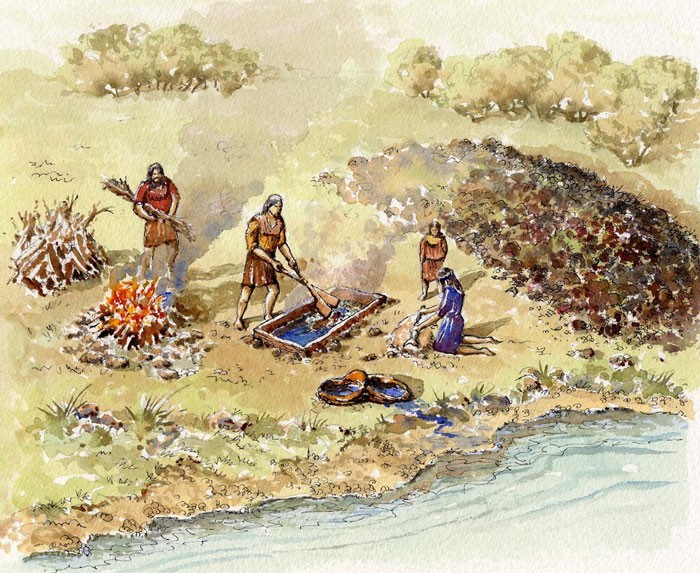 Burren Food Gem #9
Burren Food Trail Member, Hotel Doolin, recently reconstructed a Fulacht Fia on its grounds and cooked up a fine medieval meal for those who gathered. A further Food Trail member gave the name ‘An Fulacht Fia’ to its restaurant in Ballyvaughan, inspired by a Fulacht Fia site located on the hills behind the restaurant. Several others are scattered around teh Burren as well as parts of Scotland, Wales and the Isle of Mann. So what is a Fulacht Fia? 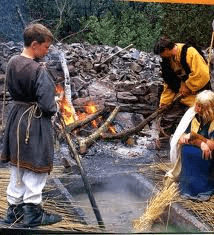 A Fulacht Fia was the ancient field kitchen of the Fianna, the legendary soldiers of the High Kings of Ireland. The Irish word “fulacht” denotes a pit used for cooking.”Fiadh” meaning “of the deer” or “of the wild”, is derived from the early word “fian” – “of the Fianna or Fionn Mac Cumhail”

Hunting parties used them from the early Bronze Age to the Elizabethan period.

A rectangular hole was dug in low-lying land where it would quickly fill with water. This was clad on the four sides with wooden sections. Stones heated on the fire were then used to boil the water in the wooden trough. The joint of venison, or other meat, was wrapped in straw and put into the boiling water until cooked.

The troughs may also have served as bathing pits, more recently archeologists have claimed that these were used to ferment wild yeast with flowers and herbs to create bronze age beer.

A number of the pits survive today as low horseshoe-shaped mounds of charcoal enriched soil and heat-shattered stone with a slight depression at its center showing the position of the pit.