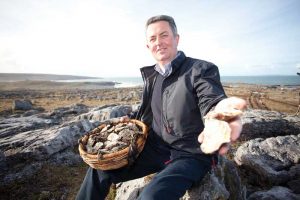 A little known Burren Food Gem is the fact is that Henry 8th, the infamous King of England, had a fondness for oysters and he used to get them from the Polldoody Oyster Bed in Belharbour back in the day. Today, Burren Seafoods of New Quay continue to export oysters and other shellfish around the world. Vincent Graham of Linnane’s Lobster Bar is a champion oyster opener.

So how are oysters trained for shipment? They are filter feeders and they filter sea water for food. To train the oyster, it must be placed in the inter tidal zone. This means that you take it so it is not exposed to air and gradually move it up the shoreline until it gets used to not being in the sea. Then you cover it for shipment with wet seawater sacks. 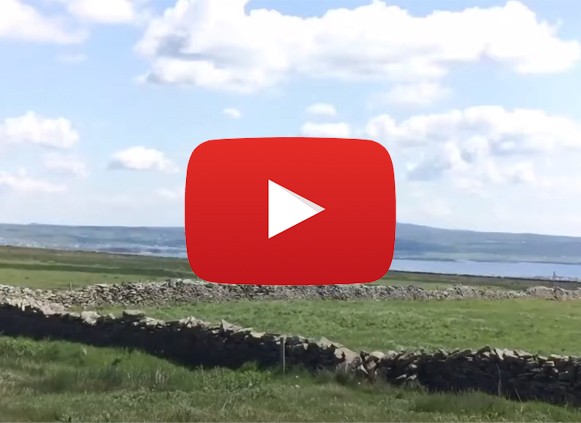