1. In 1976, hundreds of animal bones were discovered in Aillwee Cave when it was first developed as a tourist site. Botanist Brian Ottway of University College Galway collected these bones and carried out a basic study of the remains. He identified over 20 bear bones from the cave, including a bear skull. Since then, bear has become the iconic symbol of Aillwee Cave, and the most famous bear in Ireland!

2. In 2018, a project directed by Dr Marion Dowd of IT Sligo, sought to reanalyse the 453 animal bones that survived and date some of the remains. Dr Ruth Carden of UCD analysed the animal bones. Sheila Hamilton-Dyer examined the bird bones.

3. It was believed that only one bear was represented in the remains from Aillwee Cave but radiocarbon dating carried out by the Chrono Centre at Queen’s University Belfast revealed the presence of two ancient bears from Aillwee Cave.

4. The bear skull from Aillwee has been radiocarbon dated to the Early Mesolithic and is 10,400 years old. The population of Ireland at this time was quite low, with probably fewer than 1,000 people in the entire country. These groups would have been nomadic hunter gatherers who did not live in permanent settlements but moved around the landscape during the year following food resources. Wild pig, salmon, eel and hazelnuts formed an important component of their diet. The Mesolithic bear from Aillwee indicates that the Burren was forested at this time as brown bear could not have survived in the exposed limestone Burren that we know today. This bear was male and a sub-adult (1.5-5 years old). He may have been using the cave as a den, or for hibernation, and died there. A bear bone from Glencurran Cave in the Burren National Park, approximately 7km from Aillwee, has also been radiocarbon dated to the Early Mesolithic and is 9,000 years old – making the Aillwee bear older by 1,400 years.

5. A bear tibia (leg bone) from Aillwee has been radiocarbon dated to the Late Neolithic and is just over 4,600 years old. This bone came from an adult bear and has a chop-mark that suggests the bear carcass was butchered by humans. It was during

the Neolithic that megalithic monuments such as Newgrange passage tomb were built. Poulnabrone portal tomb, just down the road from Aillwee Cave, was also constructed during the Neolithic but is almost a thousand years older that the Aillwee bear. However, Poulnabrone would have still been a focus for religious rituals when the Neolithic Aillwee bear roamed the surrounding forests.

6. A horse tooth from Aillwee has been dated to the Iron Age and is 2,100 years old. In total, seven horse teeth came from the cave but no other horse bones. By the Iron Age the landscape of the Burren would have looked similar to nowadays, with little forestry remaining and much of the karst geology exposed. There is very little evidence of Iron Age people in the Burren, though an Iron Age bridle bit was found near Corofin. Horse fittings are common Iron Age finds around Ireland and testify to the importance of horse for farming, transport and warfare. Throughout Iron Age Europe, the horse acted as a symbol of status, wealth and prestige. Horses were also sometimes included with human burials or buried in their own right. Horses at this time were much smaller than modern horses, and would have been about the size of a Shetland pony. The Iron Age Aillwee horse was presumably owned by someone who lived in the locality, but how the teeth entered the cave is not known.

7. In more recent centuries, part of the cave served as a fox den. Many of the animal bones represent prey eaten in the cave, as evidenced by carnivore gnawing on the bones. Partial remains of 11 lambs and goat kids, 1 sheep, 4 rabbits, 5 hares, 2 chickens, 2 domestic geese and 4 domestic ducks were recovered. It appears that in several cases only parts of these prey animals were brought back to the cave. Radiocarbon dates suggest fox occupation potentially between 1660 the 1970s.

8. Though this collection of animal bones is largely natural in origin, there is some evidence of human archaeological activity in and around the cave. One hare bone of unknown date was burnt and may represent the remains of meal preparation and consumption near the cave. The only pig bone from the site had been sawn at both ends with a metal hand saw. This bone was dated to approximately 250 years ago and likely derived from a local farmhouse sometime between 1490 and 1810. Like the hare bone, the pig bone may have been brought into the cave by a fox.

Find out all there is to know at Aillwee Cave … 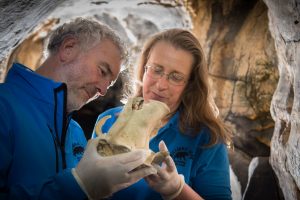 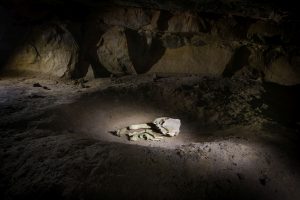 Thank you Ken Williams for the photographs 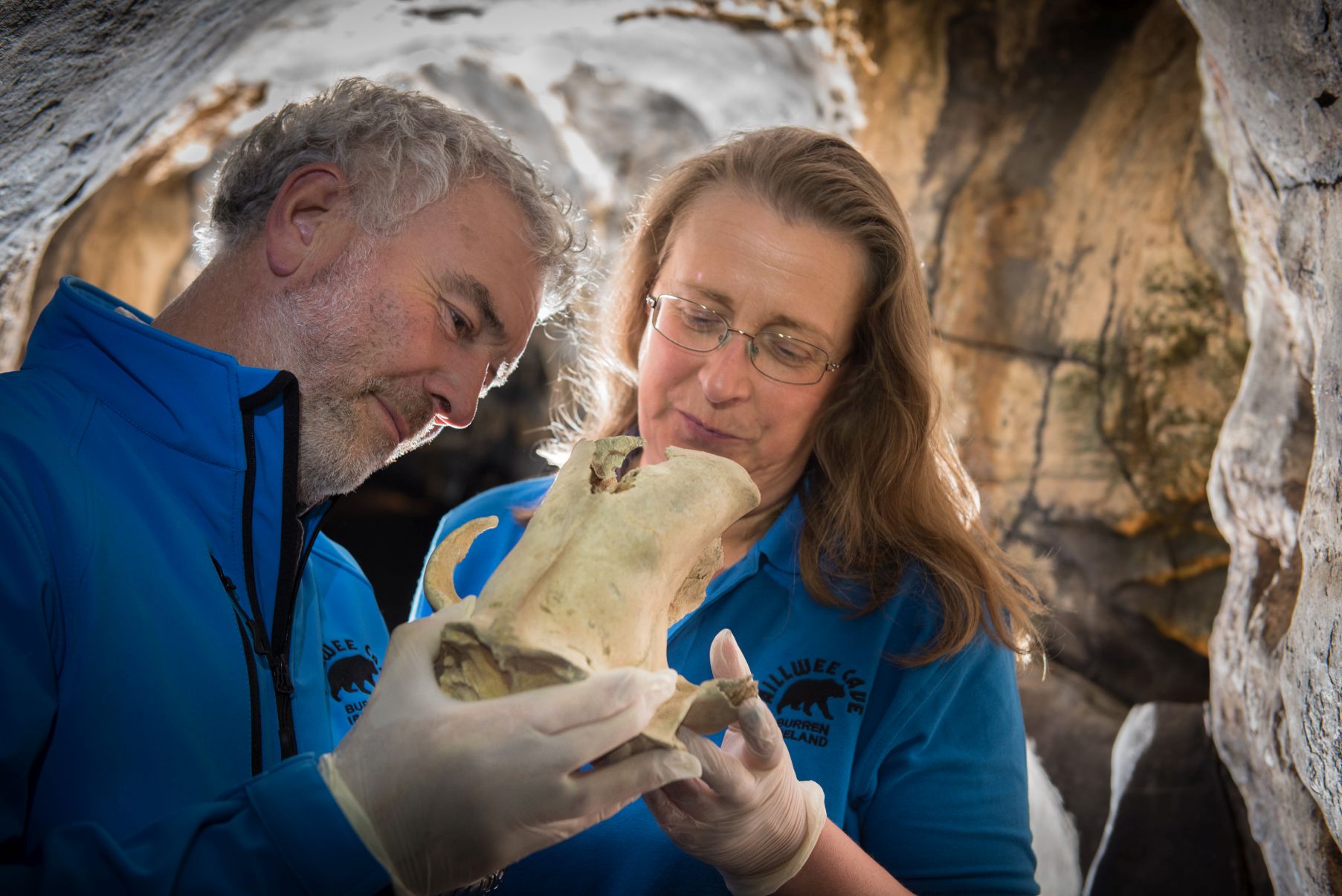 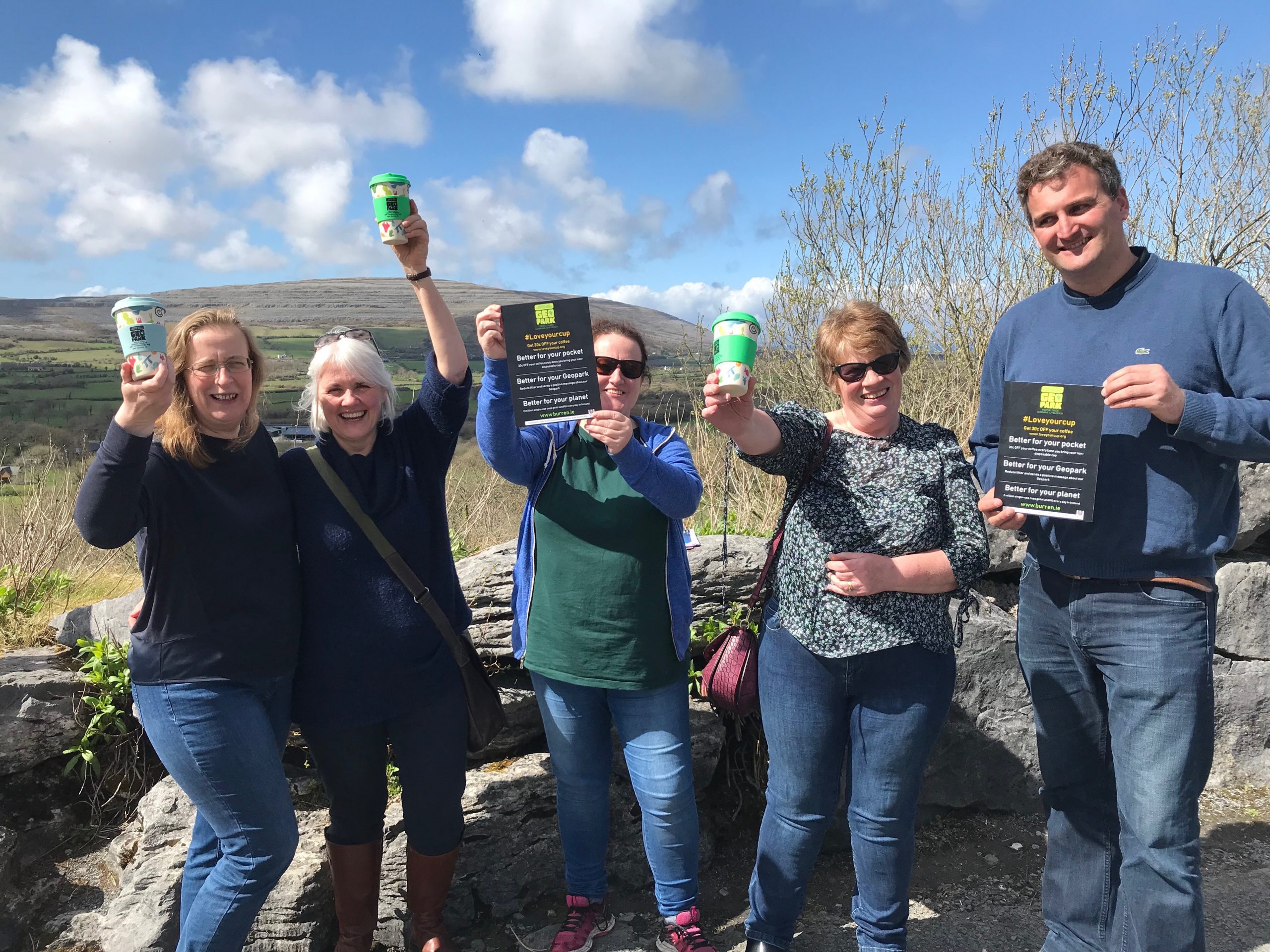 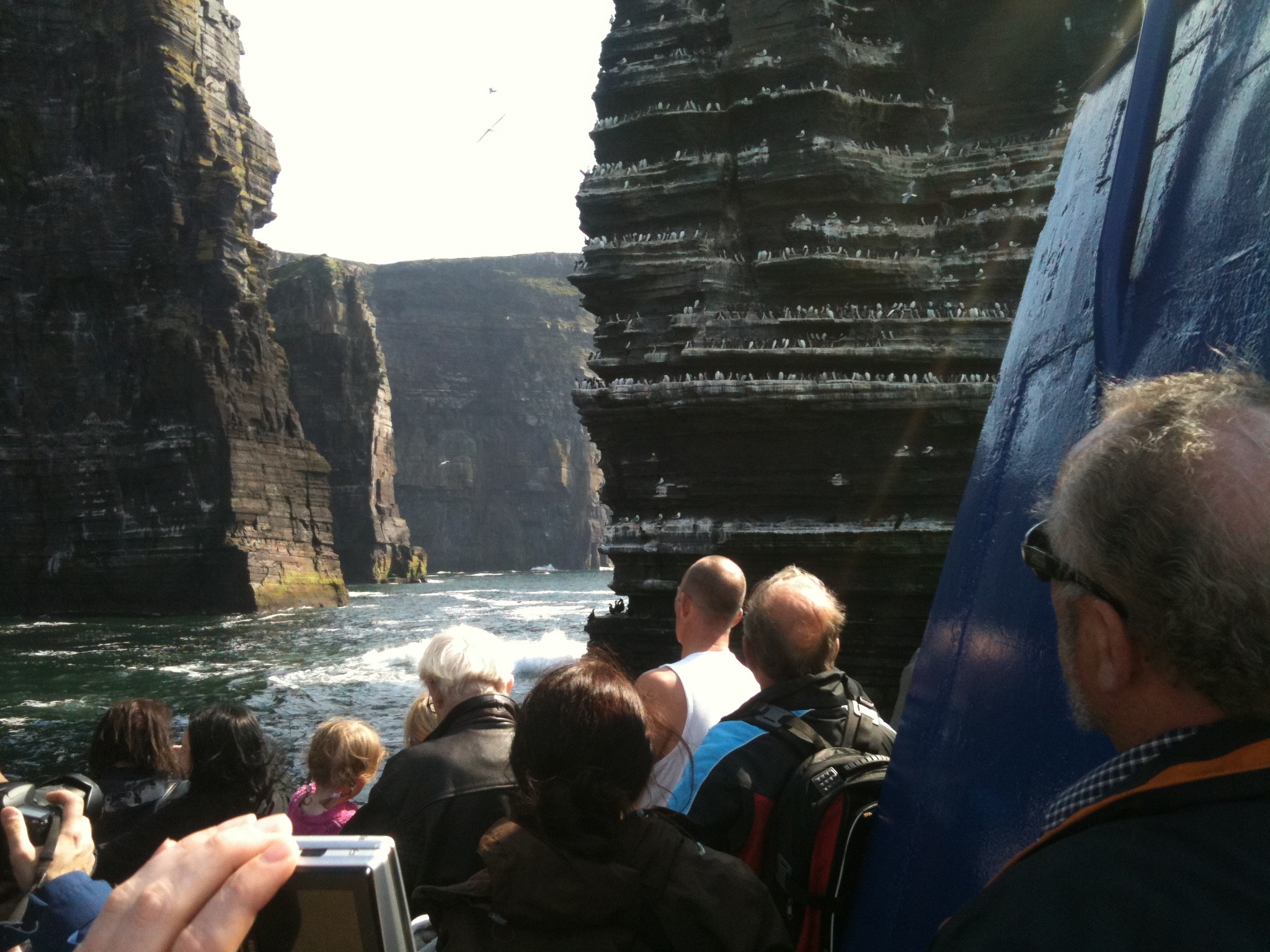 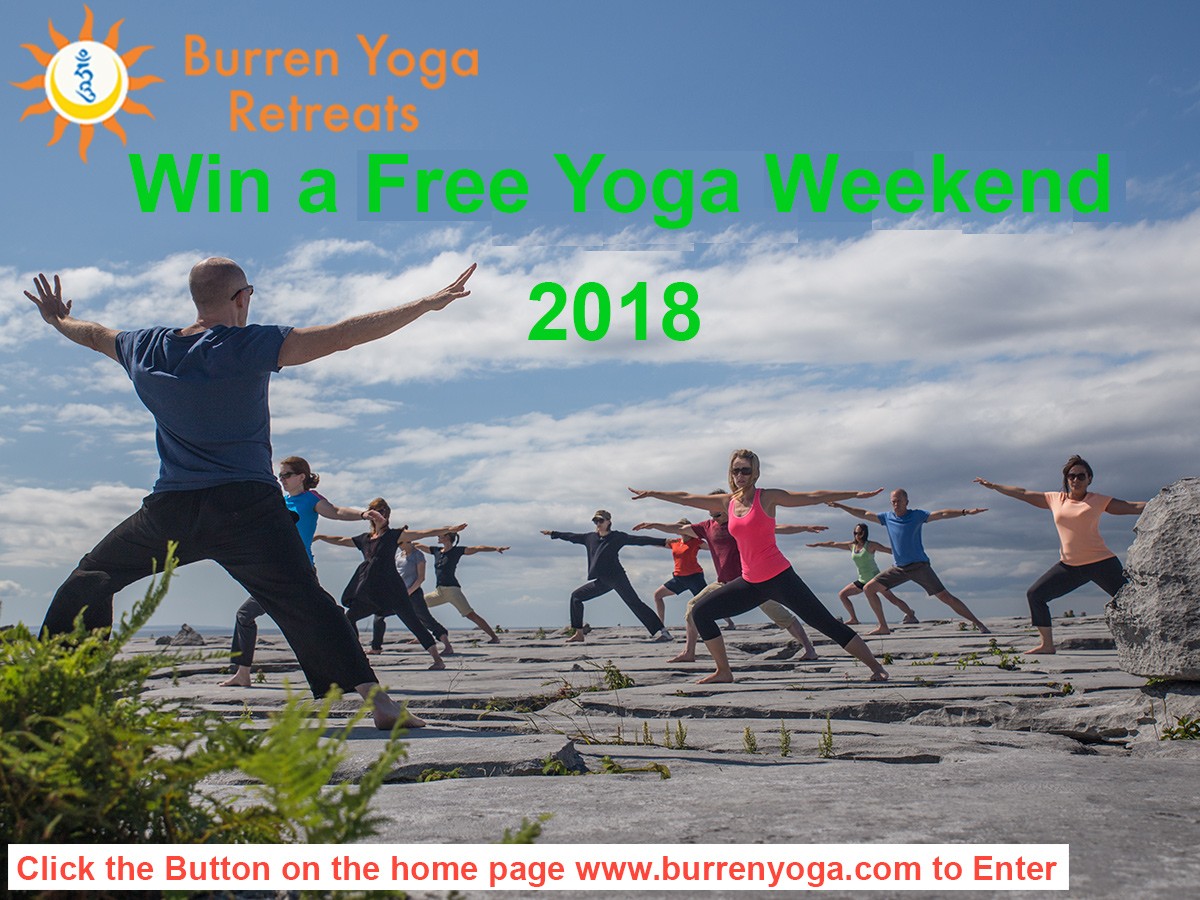 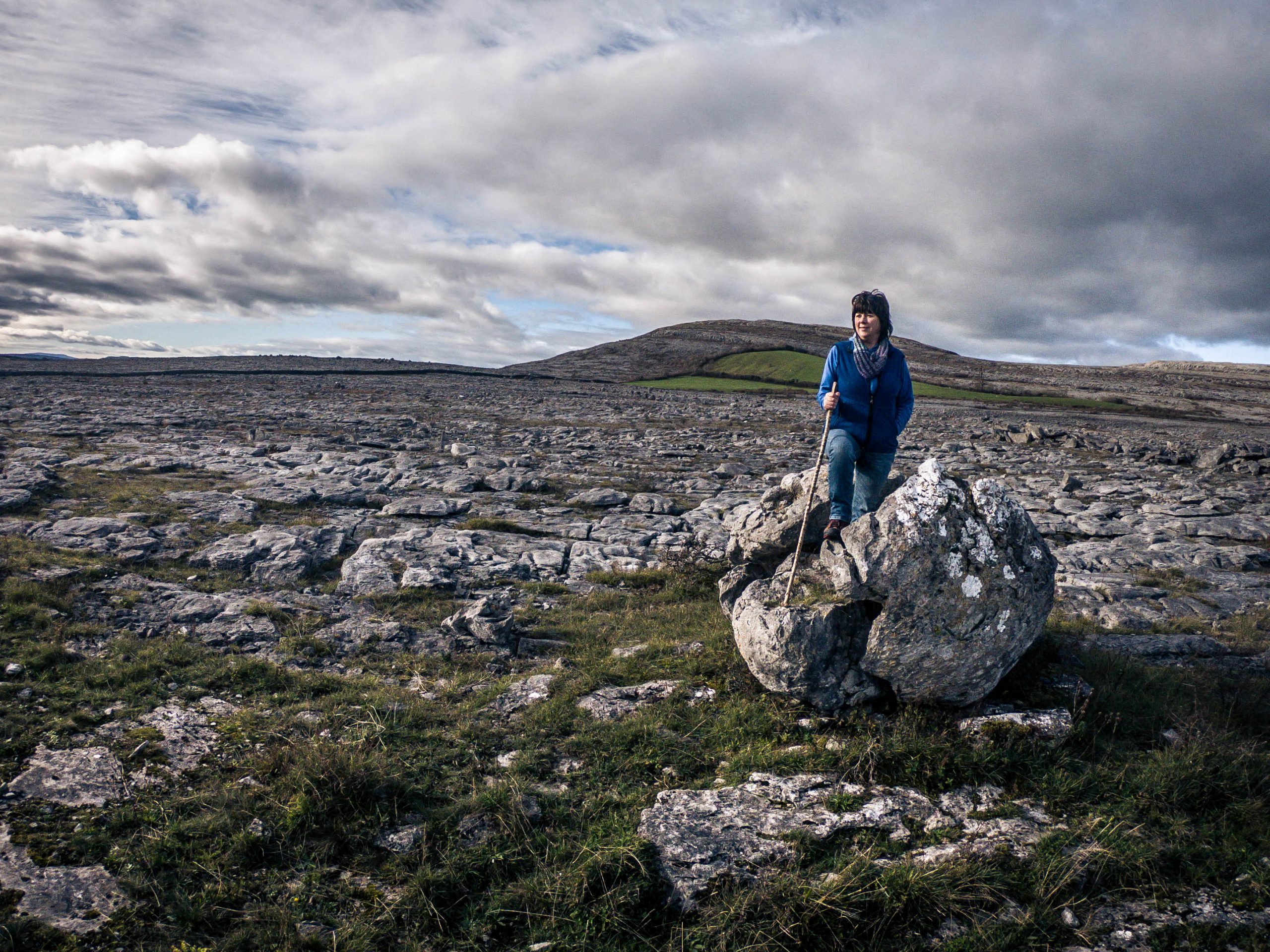 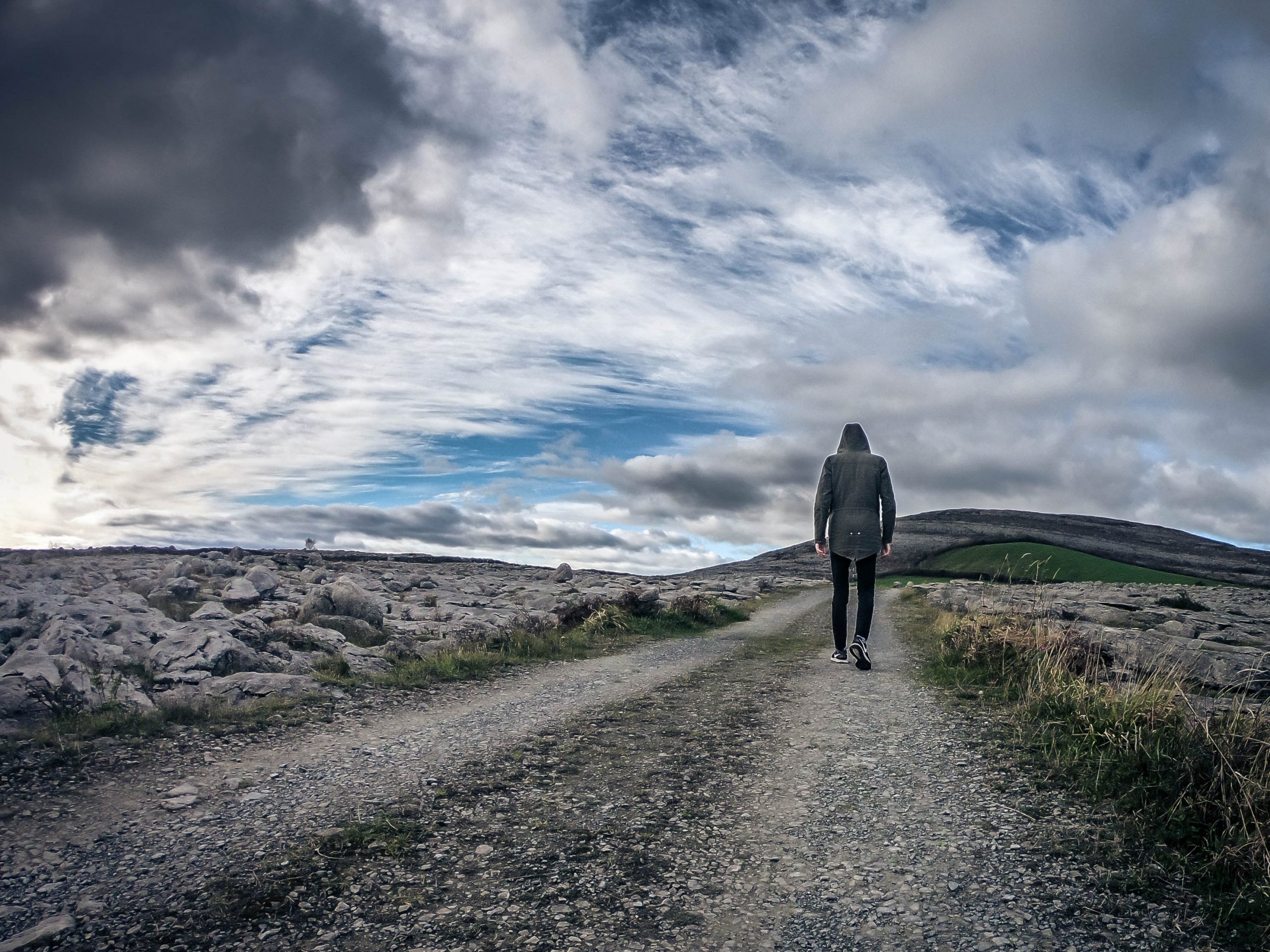 Winter in The Burren: A Portal into Ireland’s Soul